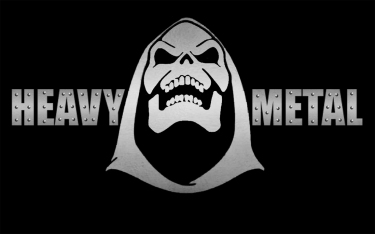 After commenting on the article featuring Gene Simmons about rock being dead, I had to think about the genre we’ve been covering since 2003.

Metal. Now, over the years we’ve evolved as people. All 3 of us live our own lives, we’ve done different things, and taken different paths to sustain ourselves. E still does photography, Karma is still editing, and I’m still editing and writing articles as well as fiction, however, metal is no longer the main focus. Why you ask? Well, because my friends, metal is clearly on life support.

No, it’s not dead like Gene claims rock is, but take what he said and apply it to our genre. How many standouts have come out in the last decade, broke the barriers and became huge? Mastodon, Black Veiled Brides, and if you want to go further, Lamb of God because we can’t get enough of th

e loveable rednecks from Virginia. And Slipknot because, well Corey and the boys are freaking amazing. Despite this, bands like Slayer, Iron Maiden, Judas Priest, Testament, and Death Angel, just to name a few are still able to hold our interest after all these years. They will always be at the tops of the metal game regardless of how old they get or how many times they regurgitate the same metal riffs and turn them into new songs. We love them cats, we always will, but harking back to what Gene said, where are our new metal heroes?

Is he right when he talks about the white collared businessmen putting bands together and telling them what to sing and how to dress? It might be true in pop music, but in metal, a lot of bands are still playing with the hopes of being recognized by lovers of hard rock music everywhere. Still, not many of them have made a significant dent.

Case in point, when we started FourteenG, metal was thriving. You can go back and read our first ever interview as FourteenG here. What was the occasion? Headbanger’s Ball. Who were the bands? Lamb of God, Unearth, Shadows Fall, and Killswitch Engage. Are these bands still around? Thank God they are. Are they as good as they used to be? In my opinion, no, but at least they are still alive and well. And then my question is, will my kids and yours know who these bands are when they’re grown? Will they go back in you collection of cd’s or digital music and become fans of these bands? The only one I can pick might be Lamb of God, but even that is a stretch. Not to slam any of those bands, but let’s be real. Are they selling a lot of records? Are these cats doing just music and nothing else? Hells no. They all have other things to go along with the music because metal won’t make you a millionaire.

Just face it, when musicians take up an instrument or form bands, they do it to gain fame and make money and sorry, unless your name is Jay Z, Beyonce, or One Direction, you won’t be having houses in Beverly Hills or driving fancy cars. But you say, some of them might not care about that; true. But remember, with the money comes longevity. Are you relevant way past your prime? Will you be remembered or forgotten along with the millions of other bands who fell into obscurity and can’t even fill small venues to play shows any longer? Don’t you see all these weird package tours and don’t get me started on the fests where in order for people to attend they charge ridiculous amount of money and add acts who aren’t metal acts to the bill. Look at Riot Fest here in Chicago or Lollapoolooza a few weeks ago. Are these fests all metal or rock? Nope. Except for a small few, there aren’t that many full metal fests that exist. And that’s a shame because there are some bands still around who tickle my fancy, but they aren’t really original. I like sleaze metal, love it actually and bands like Black Veil Brides and Crashdiet feed that fancy.

Metal has evolved, this is true but gone are the times like 2003 when metal was thriving and relevent like it was in the eighties. Say what you want about hair metal back then but bands like GNR and Motley Crue were trailblazers and we might never see times like that again. A lot of the acts out here are copycats or they have a schtick like Ghost BC. That’s what you have to do to be relevant now, but don’t fool yourselves.

Metal ain’t like it was even a decade ago. I guess we’ll just have to deal and enjoy!

One thought on “Heavy Metal? On Life Support” 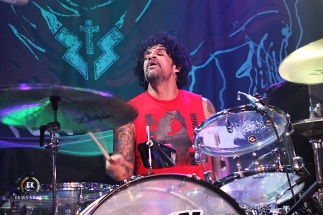 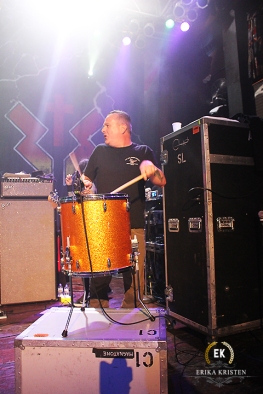 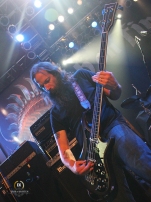 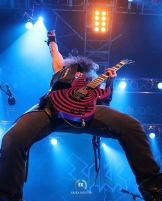 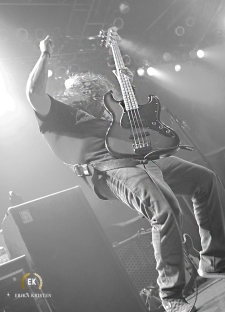 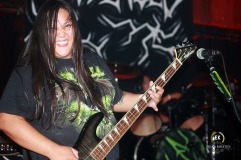 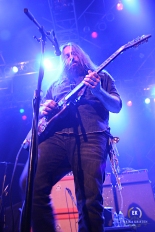 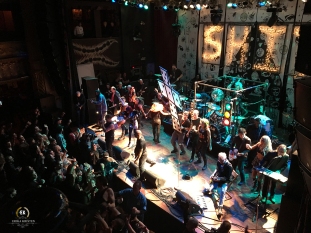 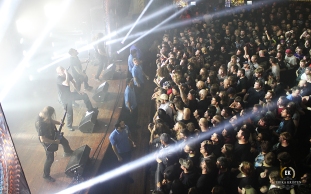 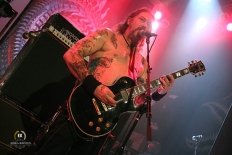 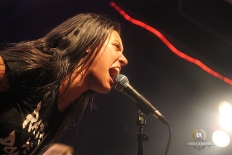