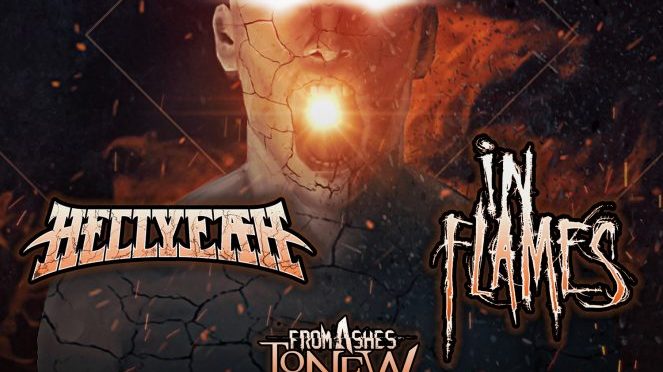 With Christmas just around the corner, it seemed apropos that we’d get to see Swedish metallers In Flames along with HellYeah as support. What better way to let out some aggression around the blasted holidays than catching two of the loudest bands on the planet? I say that with love of course.

The venue was packed to the rafters for this event and both bands brought their “A” game. HellYeah was supporting their newest release, Undeniable. The band was in top form, with lead singer Chad Gray rousing the crowd with his antics, highlighted by bassist Kyle Sanders spitting fake blood in his singer’s face! Chad had inspirational messages for his followers between each song; where he remarked how heavy metal saved him and urged that we’re all in this together. I suppose his words were in response to the election three weeks ago. Nevertheless, the crowd appreciated his sentiments and appeared to be into the set from beginning to end.

In Flames was up next and the headliners made sure they kept the energy going. In support of their latest disc, Battlers, my third favorite Swedes entertained the masses with their signature Gothenberg Sound. We also learned bassist Peter Iwers was leaving the band to pursue other interests. Lead singer Anders Friden made the announcement and many in the crowd, including me were shocked. Of course, we’re well aware of his brewery and restaurant he has back home which seems to have taken off, meaning he needs to drop one of his passions. Beer or Metal?  For a metalhead, seems like a pretty tough choice to me. Still, Peter is a staple in the band and he will be missed.

Despite that bit of bad news, the band put on a good set as always, leaving the capacity crowd happy they came out to give Peter a proper send off.

We at FourteenG wish Peter Iwers the best and look forward to a new incarnation of In Flames for 2017 and onward!

Where the Dead Ships Dwell

Only for the Weak 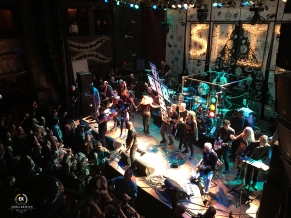 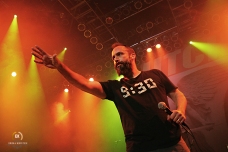